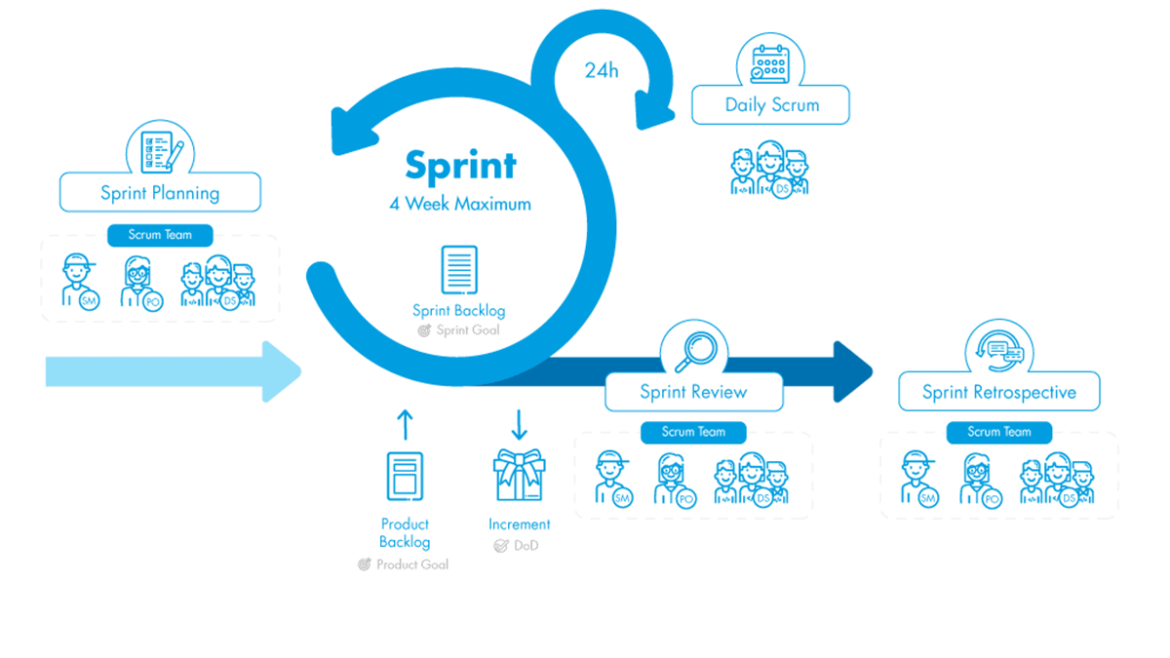 Scrum seems to be the current software development framework. They all say they’re practising scrum. My finest scrum experience was on an Oracle  team. That crew was perhaps the closest to following the scrum framework. Every sprint, we would question what features we wanted to build.

We had a backlog, but items were getting added, and things that were previously top priority may be lowered or even withdrawn. Our chores were all small and end to end. We didn’t strive to have long-term pursuits or outside obligations. Each quarter, the entire team voted on which projects to work on. PMs would prepare pitches, including re-pitching ongoing projects (which were usually, but not always, selected). We were quick and nimble.

Since then, I’ve worked on many teams who professed to use scrum but actually followed it to varied degrees, with waterfall lurking beneath the surface. Many of these teams had scrum dysfunctions that required a long time to fix. The longer I work in software, the less tolerance I have for some of these flaws. We tend to focus on the scrum rituals and practises themselves, rather than why we are doing them, which leads to most dysfunctions. They often result from both.

I hope that by examining these issues directly, we can find solutions. Agile has strong principles and I’ve seen it work. But I’ve also seen teams waste time. Hopefully, in the spirit of agile, we can use these to improve processes continuously.

A scrum team’s success depends on teamwork. Without a solid team, the scrum process will not perform as efficiently as it should. Five dysfunctions should be avoided at all costs.

Trust is the cornerstone of any successful team. Everyone in the group must be willing to be vulnerable and admit their flaws.

Contrary to popular belief, healthy teams need conflict. Conflicts allow team members to express their views while remaining open to their teammates’ viewpoints. Fear of disagreement will cause the team to seek false harmony rather than heated debate.

3.Lack of dedication is the third flaw.

Teammates that lack dedication will not likely take ownership of their share of the team. To avoid disagreements, they prefer to be inactive and pretend to buy in during group talks. Rather to being a yes man, team members are more inclined to commit when they are passionate about what they believe in.

Every team member must take responsibility for their own activities and hold others accountable. The team must have the confidence to challenge any individuals who are stifling detrimental behaviours. If the team is not comfortable doing so, tension and bad behaviour patterns may arise, lowering team standards and performance.

This occurs when team members are more focused on their own achievement than the team’s collective success. Everyone must understand that the team’s success is their success. The squad must feel united to win or lose as a unit.

“Being Agile” is an approach and not a goal

ORGANIZING AROUND OUTCOMES WITH OKRS AND SCRUM